Hey there! Are you a parent of small kiddos? We came up with a way to help our kids clean out their toys and make it fun! We set up a Toy Store and let the kids shop their own toys! Here’s the process we went through. (All these are cell phone pictures, sorry for the quality, but the idea was so good and I was encouraged to share anyway!)

(1) Take all the toys out of their rooms.

This is huge. We took every single toy from every single bin and dumped it all in one huge heap in the middle of the living room floor. This allowed us to sort through and discard broken/cheap/paper toys that needed to discarded. This was also helpful because we were able to see and sort what kinds of toys he had, and also to see which ones may have been actually broken or just needed batteries.

(2) Group the toys by similarities.

For us, we had a plethora of Rescue Bots and Power Ranger toys, and the like, so I was able to sort them by type so that he could easily see how many he had of each kind. It lets you know if you have duplicates that you can discard, and if you have full sets in tact or not.

(3) Determine a set number of bins that the child can fill up.

We had 3 total bins, and told him he could fill up 2 of those. The goal was for us to have some margin for Christmas that was coming up in a few months and then birthday after that. There’s always an extra happy meal toy or grandparent gift that comes along so having that margin is going to be helpful!

Make this as creative as you want! We talked about doing this for weeks before we did it. We were excited and talked about how fun it would be and why we were doing it. Also, by setting them up like its a store where they can see it all it becomes a fun experience as opposed to fighting about purging/trashing toys (which for us was like pulling teeth and we hardly ever made a dent). By making it fun and like a game, the kids really get into it and it helps explain how it’s important to only keep what you love and will play with. We make it a point to explain that the toys left are not being trashed, but instead are being given to other children who will love them and play with them too, now that your child is too old or not interested anymore. They can tell the toys good-bye, thank them for the fun memories, you can take pictures of things so they (and you) don’t forget that season, but then you can let them go and be content.

(5) Help the child through the store.

This may take some tough love, but helping the child prioritize what is important to them is really teaching them a valuable life skill! We told our boy that he needed to go through first and pick only his most special toys. The ones that were his absolute favorite and fill up the bins that way first. Then, whatever space is left over, fill in with the remainder of the toys he wanted to keep, until the bins are all full. Remind them that no more space will be given and to make sure what they keep they will actually play with.

Bonus tip: If there’s a large toy you want to save for a future child or move to another child’s room, consider “buying” it from your child. For example, our second born LOVED brother’s train table, and brother never played with it. We actually bought the table from him and moved into second born’s room. But the toys we used to buy it were about the size of a silver dollar and took up very little space. You could use money, experiences (like we will take you to the park, etc), whatever your kid loves and will get them excited about donating or giving away that big bulky item. 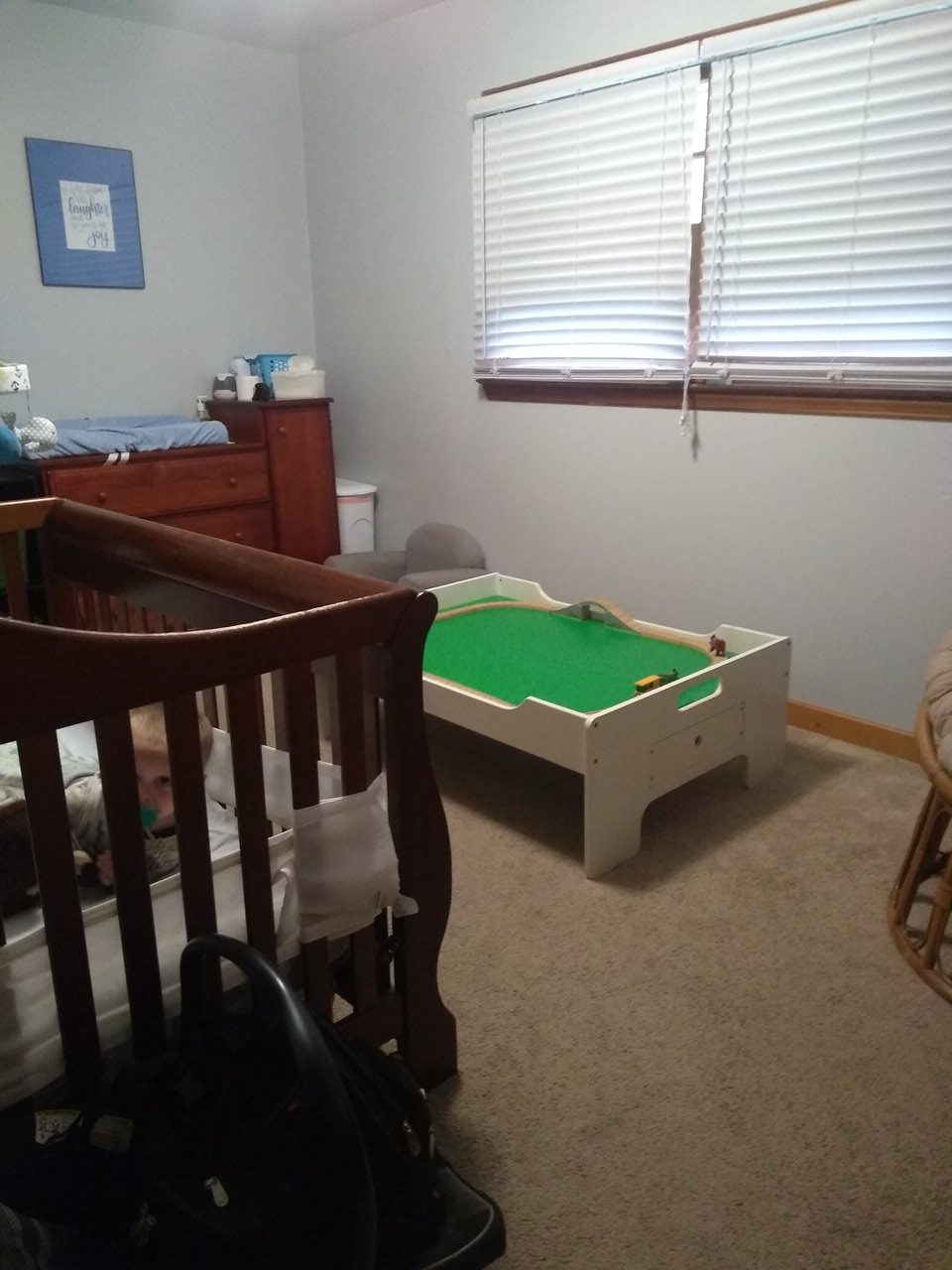 I hope this helps your family like it did ours! In the time since we’ve done this we found that it was so good for our boy. He actually played with the toys he had. He could find the ones he wanted because they all had a place to go. It also made clean up in the evenings much much easier since the bins weren’t overflowing and the toys didn’t fall out! In fact, now that I think about it, I think we need to do another round of this soon…. 😉 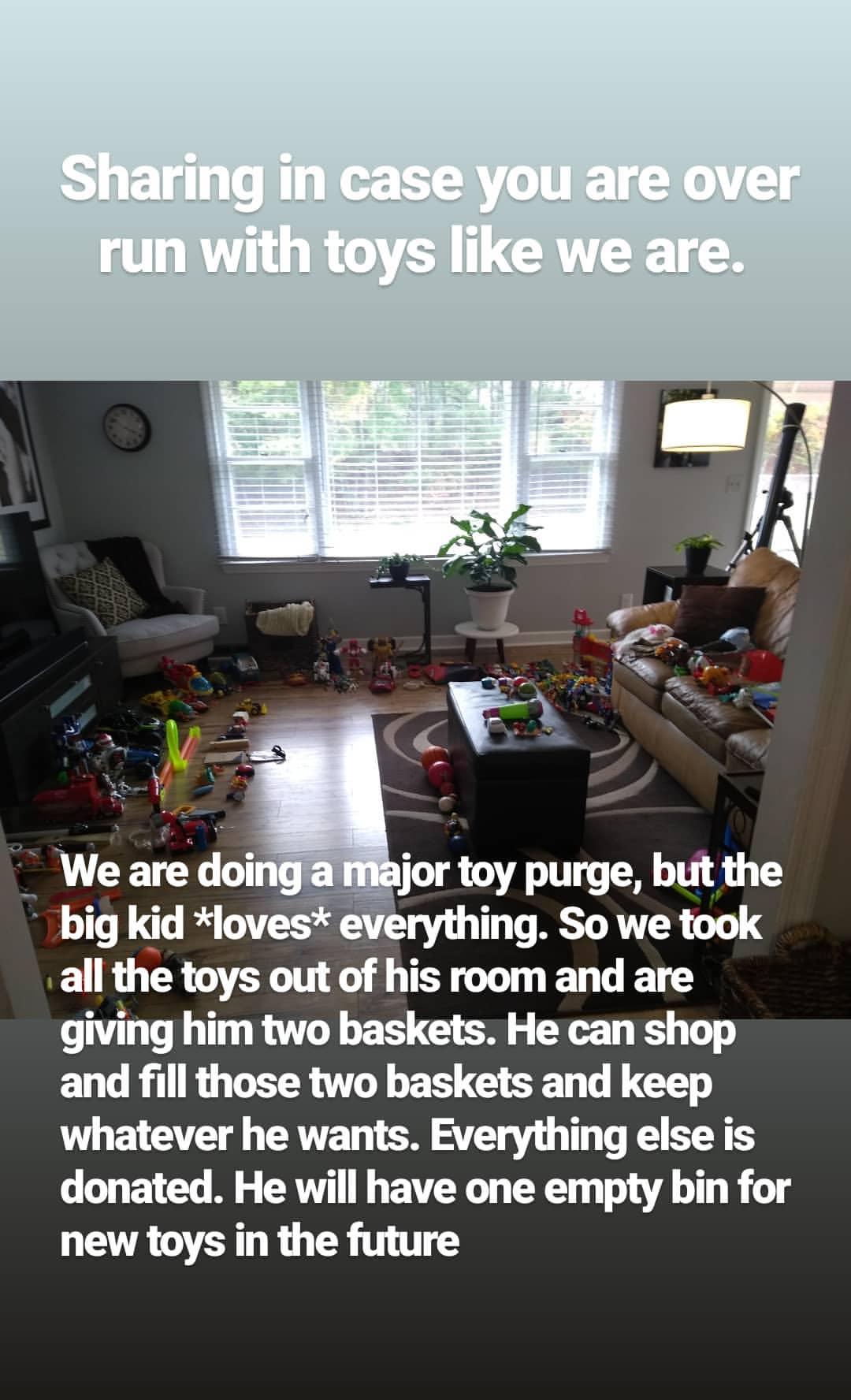 Ready to see yourself in our images?
View our packages and checkout online. Easy. Done.

Ready to see yourself in our images? View our packages and checkout online. Easy. Done.

Ready to see yourself in our images? View our packages and checkout online. Easy. Done.

Be the first to know about new posts by subscribing to email alerts!

Serving all of central North Carolina, with a heart for our neighbors in Wake and Johnston counties